New year. New run. The inaugural Aotearoa Ultra 53km from Pigeon Bay to Halswell Quarry provided an opportunity to repent for my Christmas and New Year sins. I’d indulged in more than my fair share of ice cream and pavlova whilst discovering unheard cheese cake varieties (Oreo and Toblerone). Some days desert was eaten twice daily and other days pavlova was eaten for breakfast. If my body was a temple, then this temple had been desecrated. As is the norm for ultra races, it was an early 5am alarm in order to catch the 6.30am bus from Halswell Quarry. The start line at Pigeon Bay was a simple laid-back affair. It was low tide as we gathered next to a coastal road surrounded by a scattering of houses. The atmosphere was peaceful with picturesque views and the occasional drifting smell of fresh sea air. The compulsory race brief drew attention to a rather unique off-road race hazard in the form of stock trucks and sheep. The local farmer had also scheduled to move his stock on the same day as the race which made for an interesting brief. Following the brief, we all lined up for the 8am start. It was a simple countdown from 10 to minimal rapture or fanfare. We headed along the narrow gravel road straight up into the hills leaving the flat peaceful bay and sea behind us. 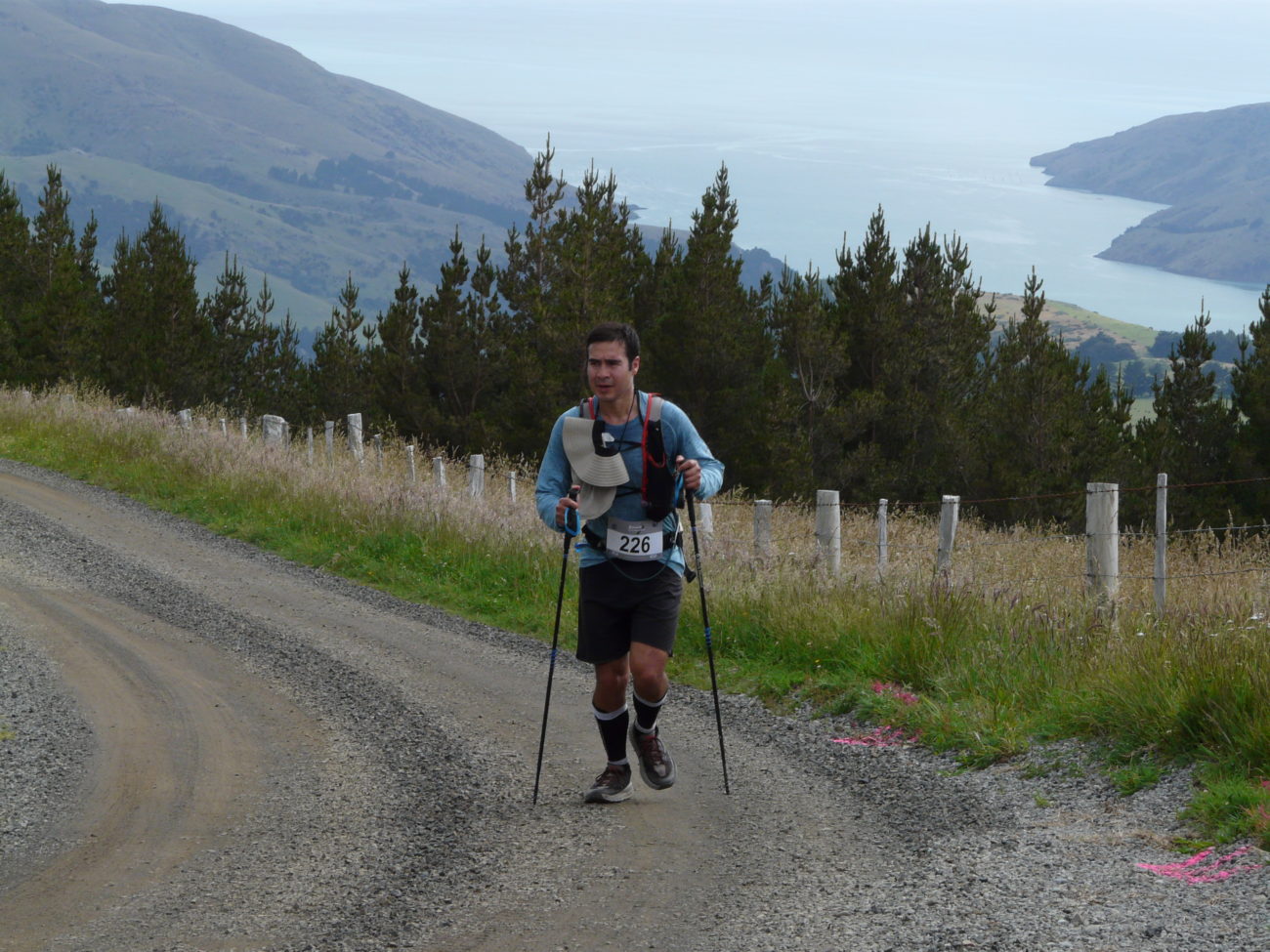 A bit ruffled heading up the road to Port Levy Spur

It was a slow and steady grind uphill from Pigeon Bay to Port Levy and I could feel the early effects of a well catered festive season. Talking about nutrition can be a challenging topic. There are so many diets available (e.g. low fat, high carb, ketogenic, Mediterranean, vegetarian, intermittent fasting). The problem being that good scientific studies are difficult to conduct and expensive. Diets vary and can change over time. Recording exactly what people eat is difficult and converting our diet into components of carbohydrate/fat/protein etc is unreliable. So, to make a definitive link between a diet recorded over a short period of time with disease and deaths encountered decades later is invariably difficult. In saying that, there is compelling short-term evidence (of at least one year) that a low carb diet (rather than a low fat, low calorie, or low glycaemic index diet) should be the first approach to treating type 2 diabetes which has become a life style disease. A diet low in carbohydrate has been shown to improve biochemical markers (HbA1c/cholesterol/lipids) and reduce body weight in those with type 2 diabetes. However, runners thrive on a high carb diet and carbs have been proven to increase performance in exercise. So, does this mean that a low carb diet should also be used in non-diabetics for possible long term ‘health’ benefits? The answer is we don’t know and there are no long term randomised controlled studies to support this (more on the ‘performance’ benefits of a low carb high fat diet in my next blog). At times it can seem like anybody who is skinny and has access to a social media platform can become a glorified ‘expert’. Truth be told, I’d be one of the worst dietary examples to follow. I have an appetite that can frighten the elderly. I run so I can eat everything and anything. I run because it makes me feel good. No amount of kale, quinoa, or tofu can make me feel as good as running. But one of the best pieces of nutritional advice I’ve heard is from Dr Zoe Harcombe who is a researcher well versed in nutritional evidence-based literature. Dr Harcombe’s simple take home message is to “eat colourful non processed food”. This advice in addition to at least 30 minutes of physical activity most days of the week should keep you on the straight and narrow towards a long and healthy life. 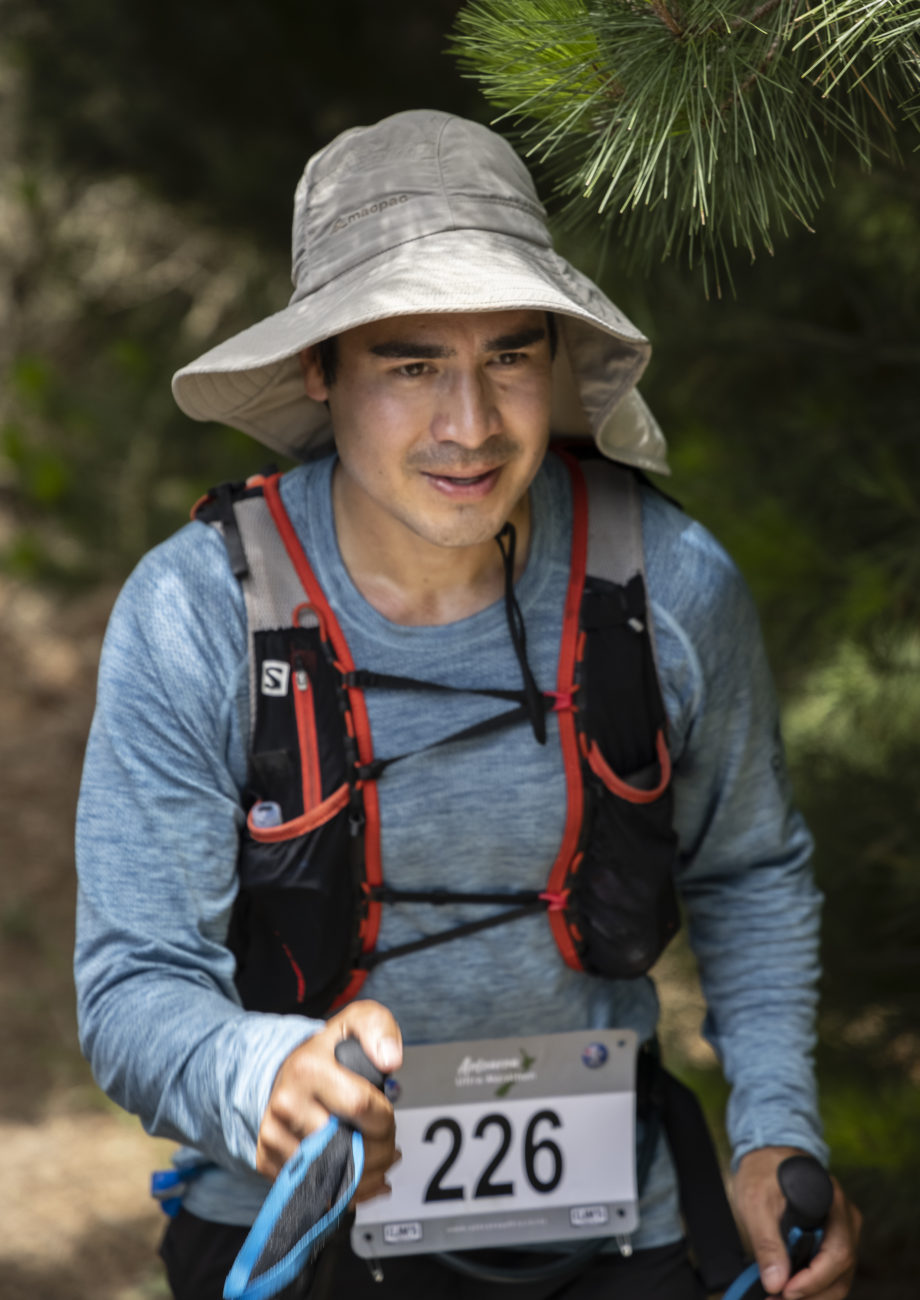 It’s another slow and tortuous climb along the Port Levy Spur road towards Mt Herbert. Although I’m eating into the total 2 278m course elevation, it’s beginning to take its effect. The temporary bliss of the light and fluffy pavlova on the lips has been converted into a dense heaviness in my quads. I move past the old remnants of totara and up the steep tussock slope to Little Mt Herbert (913m) followed by the summit of Mt Herbert itself (919m). The downhill section past the Packhorse Hut and Gebbies Pass offers some reprieve until I reacquaint myself with Summit Road’s renowned tormenter aka ‘the bastard”. Its prime purpose is to torture me for all my accustomed comforts and to remind me of all my temporary pleasures and sins. It’s another slow and sustained climb and it’s getting hot. The sun reflects off the road and the tar sticks to my shoes. The bastard serves up a meal of its own and it tastes foul – humble pie. I swallow my pride and break down the remaining 15km into bite size portions. Next corner. Next hill. I summon my own culinary skills and change the recipe. By adding a pinch of “keep going” to the secret ingredient of “don’t stop”, I eventually get to Kennedy’s Bush Track. From there, it’s all downhill to the finish. Seven hours later, I cross the finish line at Halswell Quarry. Sufficiently famished and primed for the BBQ season. Running is medicine. Join me at my next blog, the Port Hills Ultra 50km at the end of January. 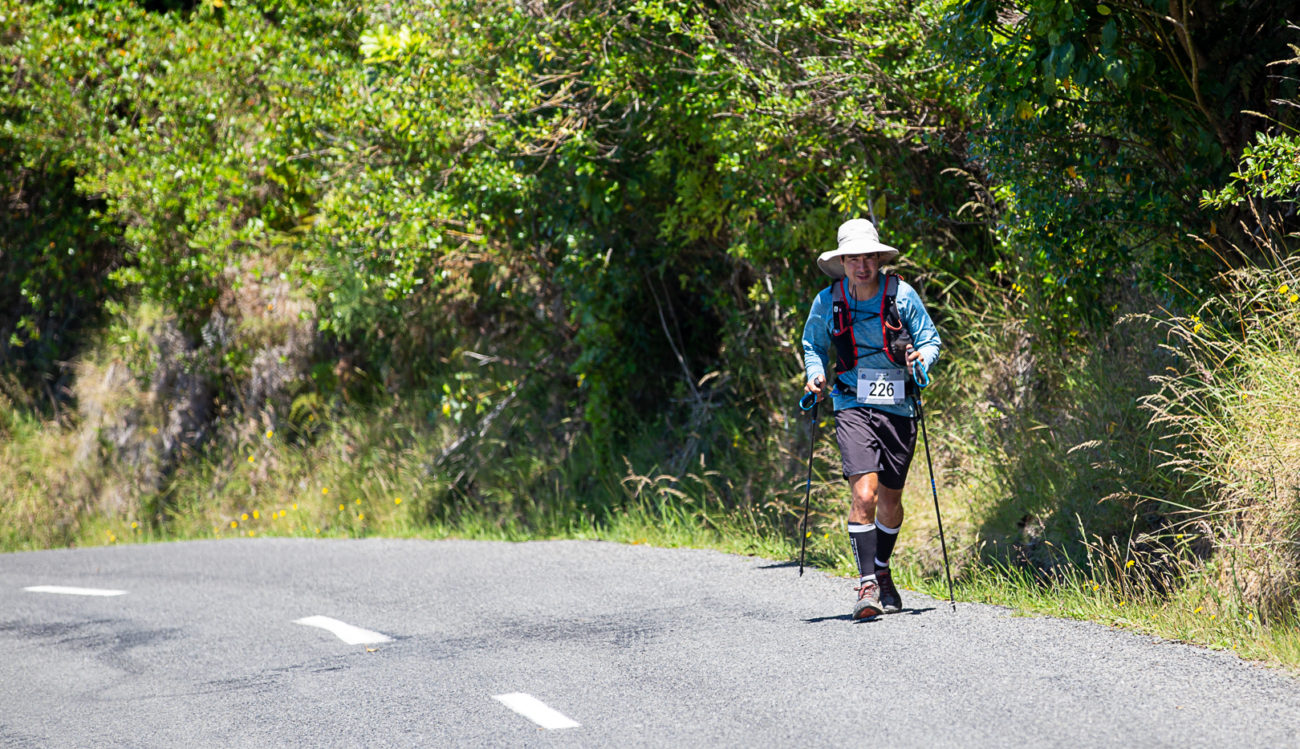 Being tortured by “the bastard” 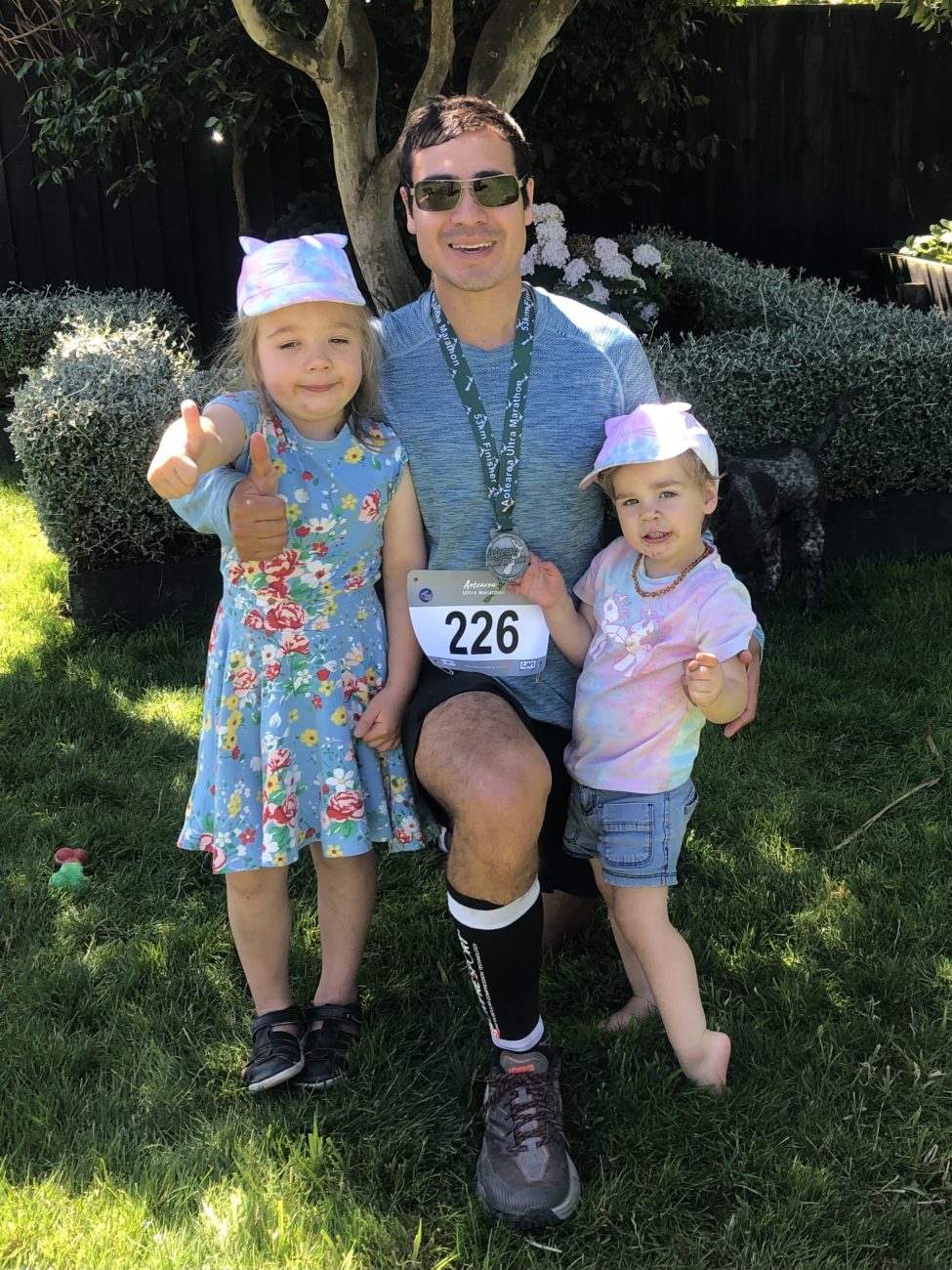 With the kids (Millie [left] and Poppi [right]) at the finish